Rhubarb is grown primarily for its fleshy stalks, technically known as petioles. The use of rhubarb stems as food is a relatively recent innovation, first recorded in 17th century England, after affordable sugar became available to common people, and reaching a peak between the 20th century's two world wars. Sometimes thought as a fruit it is indeed a vegetable

Commonly, it is stewed with sugar or used in pies and desserts, but it can also be put into savoury dishes or pickled. Rhubarb can be dehydrated and infused with fruit juice. In most cases, it is infused with strawberry juice to mimic the popular strawberry rhubarb pie.

Rhubarb root produces a rich brown dye similar to walnut husks. It is used in northern regions where walnut trees do not survive.

Benefits of the Rhubarb 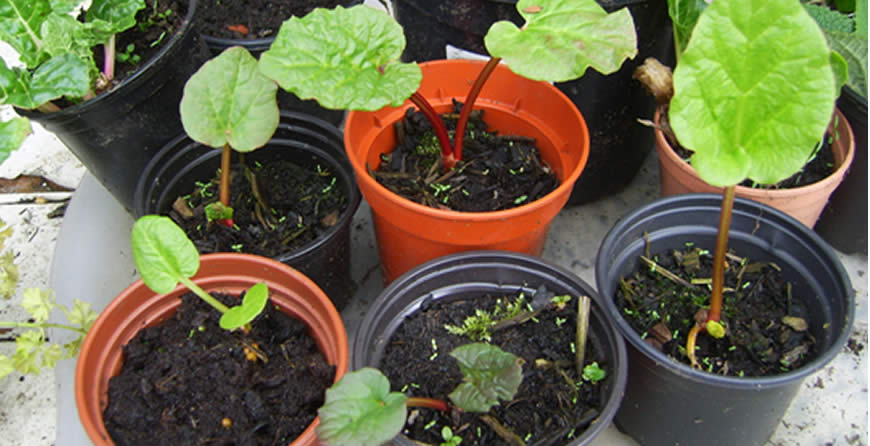 How to sow and plant Rhubarb 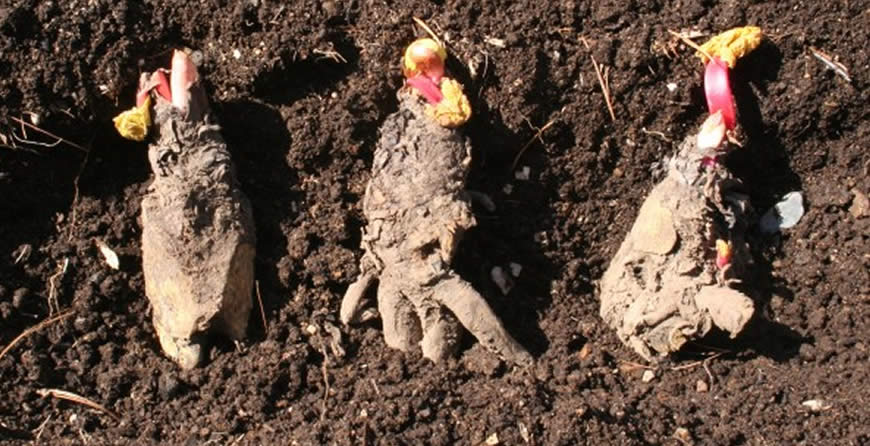 Although the large foliage can help smother weeds, the ground should be free from perennial weeds before planting. Dig in one to two bucketfuls of well-rotted organic matter such as manure, before planting. 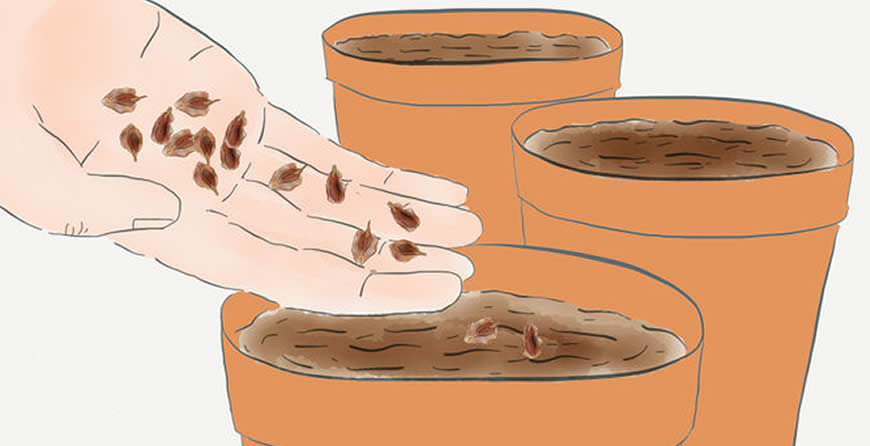 Division will guarantee a plant identical to the parent and is the most common method of propagation. It is also good practice to divide established crowns about once every five years if they have become weak or overcrowded. Lift crowns between autumn and early spring (usually in November).

Use a spade to divide the crown into sections each retaining a portion of the rhizome (thickened root) and at least one growing point. Sections from the outer part are better than the centres of old plants. Discard any old or decayed parts of the crown. Replant straight away or wrap in damp sacking until ready to plant.

Stems should be pulled rather than cut to prevent rotting of the remaining stump. Pull stems when they are between 23-30cm (9-12in) long, holding them at the base and pulling gently outwards. Take no more than half the total stems at any one time.

The last harvest is usually in late summer, around July or August, though growth may have stopped before this if the weather is very hot. Concern is sometimes expressed over the concentrations of oxalic acid building up as the season progresses. However, this build-up is mostly in the leaves which are not eaten and the amount in the stems is not sufficient to have a toxic effect.

Slow or no growth: